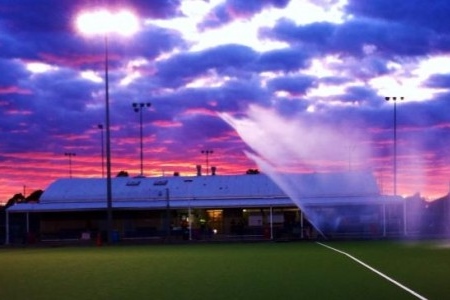 Half a dozen of our Board members attended a deputation on Monday afternoon (August 7) with Council officers and three Councillors who wanted to come and see our pavilion before voting on Councils capital works commitments for the 2017 / 2018 financial year.

Because of cost blow-outs ($370,000), our pavilion re-development project is now one of several projects seeking additional Council dollars. It was great to be able to show our pavilion off to the three Councilllors involved, and to discuss our Club’s needs and operational matters.

Former Councillor Michael Clarke who is also a current player and whose son Lachie is also a junior player at FHC, has been instrumental in keeping our pavilion project in front of the Councillors for their consideration, and Michael’s efforts are so strongly appreciated by our Club.

If anyone else knows any of the Maribyrnong Councillors , please speak to them about the great club that we have here. Remind them (as was done at the deputation last week) of the role of women at FHC (where we have 263 female players, and significant female representation on our Board and various sub-committees). We currently field an incredible fifty-two teams which overall involve in excess of 600 players. Our Club is a small town in comparison with your average 150 member football or soccer club.

Maribyrnong Council after thier next meeting announced a 1.25 committment to the capital works. Footscray Hockey Club are thrilled with this annoucnement.