FHC SIGNS UP FOR ‘THIS GIRL CAN’ PROJECT 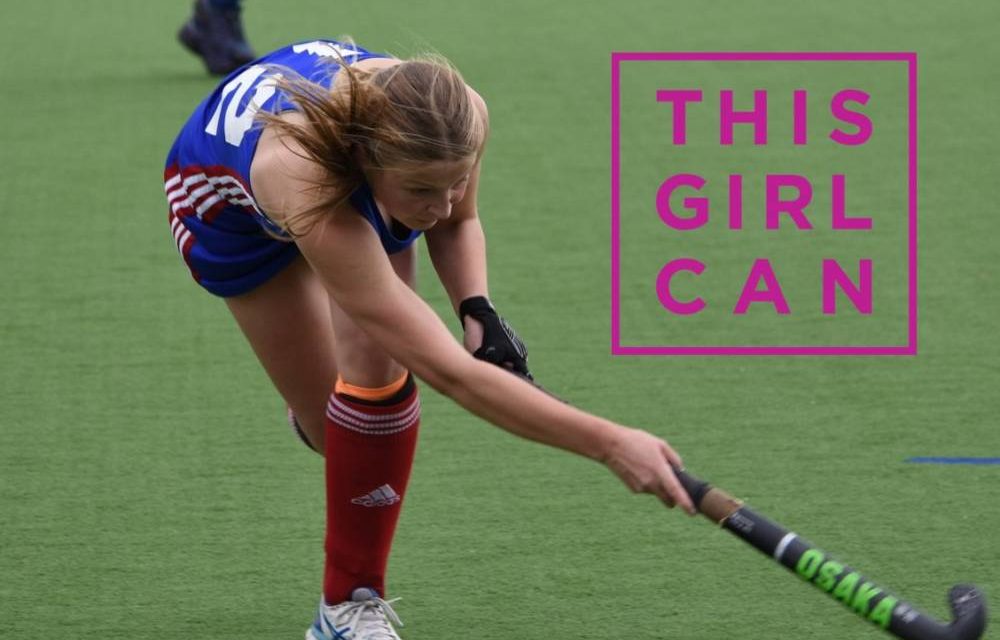 Footscrray Hockey Club is participating in the ‘This Girl Can’ project. We are doing our best to promote the ‘This Girl Can’ campaign. Here are three stories about women who are key participants in our Club’s activities, two that have just stepped up from being keen parents supporting their children to being important role-players, and a third women who continues to excel in a leadership role.

Bec was an active younger woman who lost the activity gene when the children came along. Watching her boys from the sideline for many years, Bec decided a few years ago to get ‘get involved’ and did so first as a team manager, but this year decided to become much more active. The Club had established a ‘social summer competition’ that was made up of teams featuring males and females, adults (parents) and juniors, so Bec has been able to test out our sport with the comfort of her husband and boys being on the field with her and offering support all of the way.  It is the Club’s hope that Bec will remain involved when the winter competitions came along.

Jodie’s son has been playing hockey for 11 years, and through that period didn’t take too much notice of the games, instead concentrating on the ‘social engagement’ that the sidelines offered. Like Bec Lienert mentioned above, the Club’s promotion of the This Girl Can campaign inspired Jodie to get involved, and she has done so straight into the deep end!

Jodie read up on the game, learnt the rules, and became a ‘technical officer’ which is like a judicial position overseeing games and helping where it’s needed. Jodie’s son finds it humerous (whilst being very proud of his mum) that people are now coming to her for clarification of the rules! Jodie feels much closer to the hockey club now, feels ‘valued’, and more substantially respected by the Club’s other members.

Nicole has been a leading administrator at our Club for over 18 years. Currently our Women’s Section Administrator and Vice President, Nic came to our Club 23 years ago. Her mother used to play for FHC and she soon became a FHC herself. Nic found opportunities to utilise her administrative  talents. Nic has carried out almost every available job that the club offers (General Secretary, Hockey Victoria (HV) delegate, HV Judiciary Panel member, Canteen Rostering, Hockey Shop Manager, Social Committee and Fundraising Committee member).

In more recent years Nicole has also got heavily involved in the Club’s junior section development. Helping with school recruitment, Club introduction programs and then girls team coaching, Nicole involvement has helped re-build a struggling component of our Club. Nic is now helping with the promotion of the ‘This Girl Can’ campaign, being in charge of all aspects of the social media promotion.