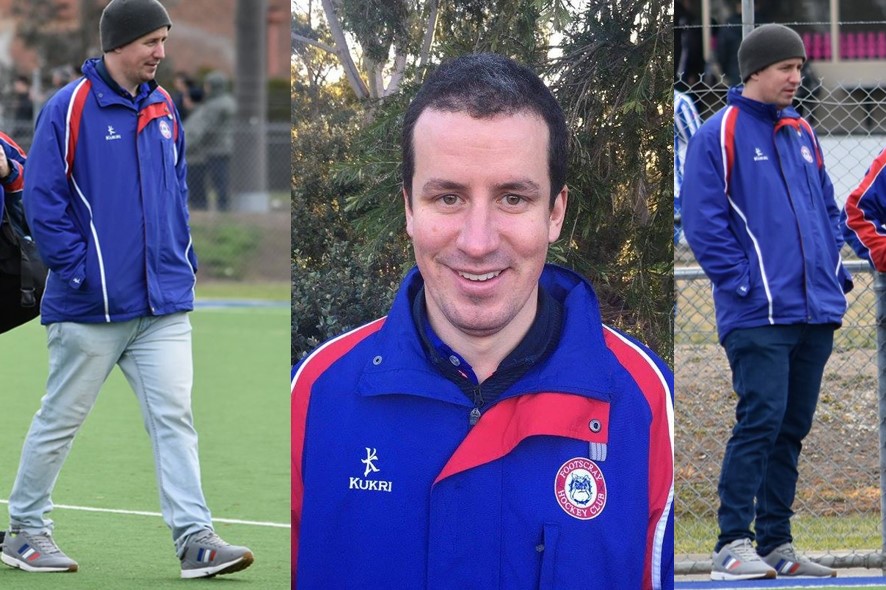 When retired as a top player, Alex took very successfully to coaching, steering the Essendon Ladies Premier League squad through 2014, 2015 and 2016. The Ladies were Runners-up in the 2014 Grand Final. 4th the following year, and 3rd in 2016.

Alex was recently within the Bulldog’s coaching structures, being assistant to Men’s coach Phil Merriman in 2017 and 2018. This was a very successful period for the Bulldog men, and Alex’s role in that success was often acknowledged by Merriman.

Alex’s playing background involved playing for Victorian State Representative teams between the U13 to U21 age groups. At Essendon he was a star player in their State League 1 / Premier League team between 1999 and 2013, in that time contributing to two premierships, in 2001 and 2002. In the 2004/05 northern winter Alex played in England at the Sevenoaks club, winning the equivalent of the State League 2 premiership that year.

Alex is an accountant by trade, lives in the local area and the father of Zoe and Isabella. He is married to Anna Burns who herself was an outstanding hockey player, representing Victoria at all levels, and a great support to Alex through his coaching years.

We welcome the Shirley family back to FHC, and look forward to Alex quickly ‘bonding’ with our PL squad. It looks to be another exciting year ahead for our women’s PL program at FHC.