THIS GIRL CAN: RUBY & CARLY TAKE IT TO THE NEXT LEVEL 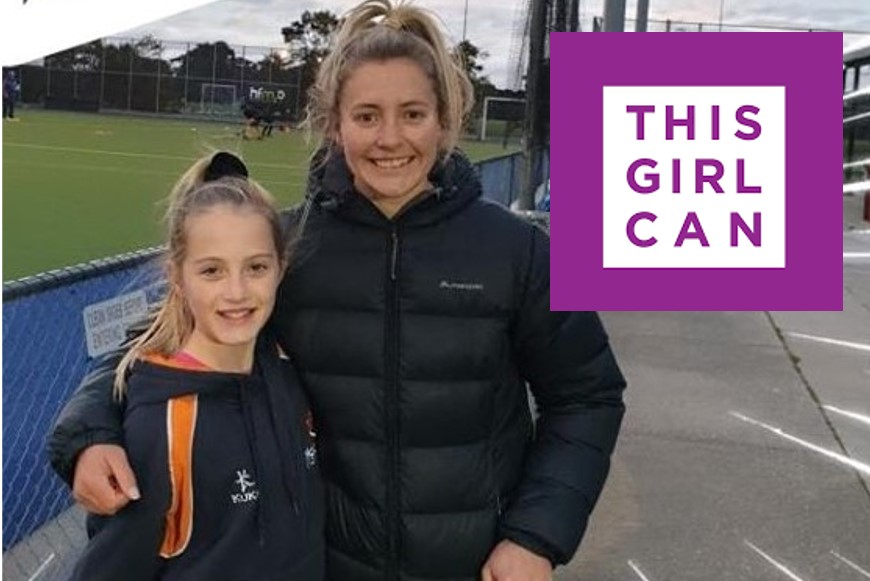 These two young ladies are prime examples of ‘this girl can’, a campaign that FHC are supporting. Both these ladies attack their sporting goals with determination and success and are positive role models to others around them.

Ruby Gorton turned 10 last year and already has a host of accolades to her name. She participated and made a positive contribution to finals for HV U12 shield, 3rd in the HV U13 JSC, 3rd representing Victoria in the School Sports Australia U12 National Champs, Runners Up in the HV U13 Indoor Club Championships and Premiers in the HV U11 Mixed Pennant Indoor. She was recognised with a ‘She’s Game’ award by Melton City Council. She’s passionate about the red, white and blue and just like her hockey role model, Hockeyroo Lily Brazel, hopes to one day represent Australia.

Carly James has had a blistering 2019 year with FHC, Victorian and National representation. Premier League Grand Final Runners Up Premiers and being awarded with Runners Up Best and Fairest. U21 Victorian Team Runners Up Premiers, Hockey Club Melbourne (Re-named Victorian Vipers Openage Team) Runners Up Premiers and a Victorian Institute of Sport Scholarship Holder, Runners Up Best and Fairest in the Hockey Victorian Premier League Competition and All Star Team medal recipient. At Australian level she is in the National Junior Development Squad, wore the green and gold in the U21 Australian Jillaroos Tri-Nation series and the in the National Development Series vs the Coca Cola Red Sparks Team from Japan. Carly is studying a Masters of Teaching in Secondary Education Carly hopes to become a PE and Health Teacher.

What amazing ambassadors of our club!