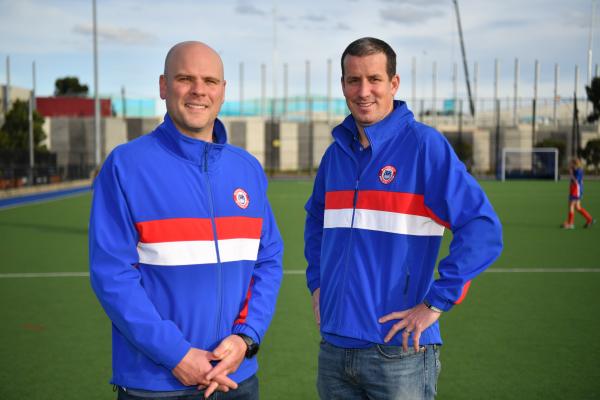 Strapp will also be the junior director of coaching for the next four years.

“I haven’t coached men’s premier league for a few years now, so it’s been really good getting back into coaching men again,” Strapp said.

“To have the opportunity to coach a good men’s team, which Footscray are, it’s a really good challenge.

“I’d be hoping that we’d be pushing finals again this year with the hope of going pretty deep in the finals but we’ve had a few injuries recently and we need to get healthy again before we can merge back in with a number of the boys.”

Shirley, who replaces Lachie Anderson, was appointed last year but will embark on his first season this year after COVID-19 grounded last year’s season.

After playing with Essendon’s state league 1 team from 1999-2013 (winning two premierships), Shirley coached the Essendon Ladies premier squad from 2014-2016 making the finals and one grand final each year.

He was recently within the Bulldog’s coaching structures as assistant to men’s coach Phil Merriman in 2017 and 2018.

Among those he will be coaching at Footscray Hockey Club is his wife, Anna Burns, who has represented Victoria at all levels.

“There’s been a lot of change,” Shirley said of the women’s side.

“The last season they played they made the grand final side, then there’s been 7 players, I think, leave for various reasons – some taking up scholarships in America, some being offered scholarships in other clubs within Melbourne.

“So, we’ve had a significant change in players from that side but maintaining a really good group of core players.

“We’re looking to make the finals but at the moment we’re still trying to find out what sort of team we are with all the changes.

“My hopes as the team leadership coach is to make the finals in at least one final, which would be really positive with the number of changes we’ve had.”