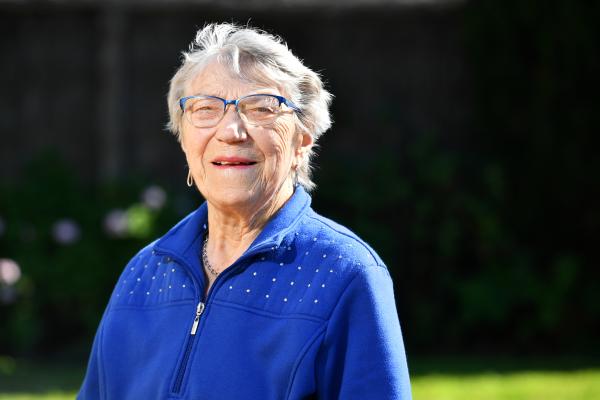 The Maribyrnong and Hobson Bay Star Weekly has run a lovely article on the F1 ground being formally named the Alby Speed Field ASF.
Still thinking of you Bobbie as we mourn the loss of Alby.
Stay well eveyone and we hope to be playing on ASF together again when it is safe to do so.
https://maribyrnonghobsonsbay.starweekly.com.au/sport/footscray-hockey-club-honours-alby-speed/?fbclid=IwAR2QI0RSUK37cuS9l_zQ3gd0byjKDmVR8CU9MJPNAOKIMvX-WFP_1_FnVNs
Footscray Hockey Club has named a pitch in honour of Alby Speed who died with COVID-19 at age 90 last year.

Vice president Nicole Virtuoso said as a 17-year-old Yarraville iron foundry apprentice in 1949, Alby was ready to go when two colleagues challenged him to come and watch a game of hockey in his local area.

Alby not only went to watch, he played that day and was hooked ever more.

“From that time forward, the FHC’s history is synonymous with Alby’s contribution and the personal experiences he has shared with us all,” she said.

“Little did Alby know that that day’s involvement was the beginning of a 75-year connection to his beloved Footscray Hockey Club.

“And with it, the following: 37 years on the FHC board of directors, men’s senior coach for 13 years, two first XI premierships, men’s club champion twice and he was the men’s section record games holder for nearly two decades finishing on 946 games.

“Alby was awarded life membership of FHC in 1962 and received Hockey Victoria’s Award of Merit in 1990.

“The Women’s Club Champion (first XI Best and Fairest perpetual award trophy) is named after Alby and more recently the F1 ground was also named in his honour.”

“We’re never quite sure how he got it, it’s possible that I gave it to him because at the early stages when we didn’t know it was airborne like it is,” she said.

“I was careful about him staying in the car and I did all the shopping etcetera.

“The first I knew … I couldn’t get him to get out of a chair of a night.

“He just lost the ability to use his legs and I must have got the ambulance in to take him to Sunshine hospital.

“From then, it’s a bit of a blank because I got COVID myself and was very ill with it.

“There’s a period where I can’t really be certain of what went on until, as I say, I came out into the real world again.

“He passed away while I was ill … quite unbeknownst to me.

“Apparently, I insisted on being allowed to go home from the hospital even though I was really still ill and I was taken home 7 o’clock at night and disposed into an empty unit other than with my cat and from thereon I was in the hands of the manager and some good friends in the village until I came good.

“I think I’ve been very fortunate to come out of it with not much scarring but, I mean, I haven’t got a husband at home with me.”

Alby was selected in Victorian Masters teams starting in the O40s age group in 1980 and 1981 and then continuously from 1983 until 1999 finishing up his Victorian playing career in the O60s.

“A key part of Alby’s legacy to us all is to remind us that hockey, and the Footscray Hockey Club, is far more than just a sport – it’s family,” Ms Virtuoso said.

“So, we are grieving now as any family would, as a very big part of our family will no longer be with us.

“Rest in peace our beautiful friend, may you be gracing the hockey fields where ever you may be.”