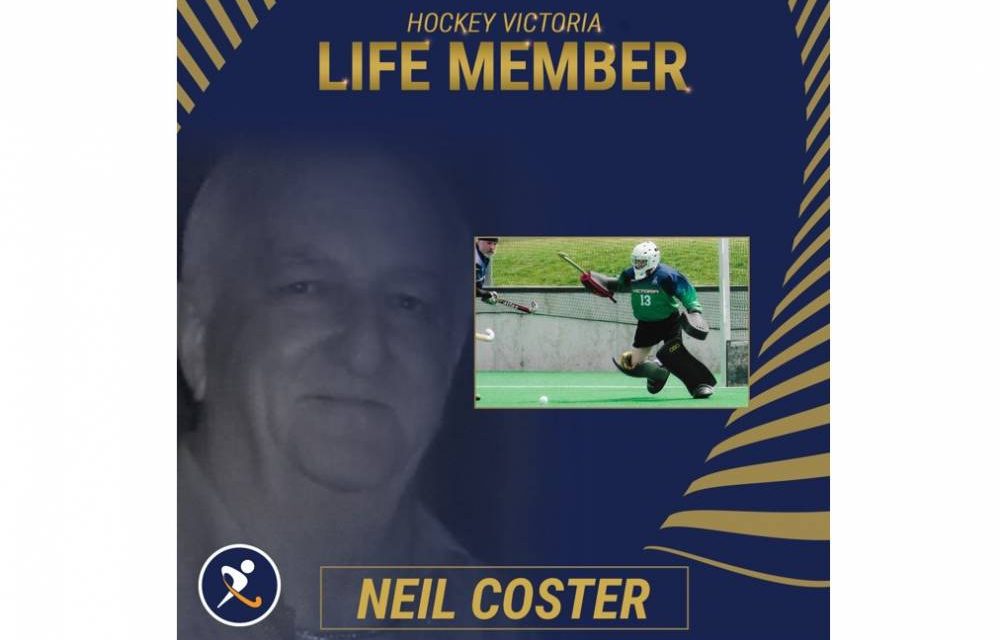 Neil’s contribution to Victorian Hockey can be seen over many decades. A club enthusiast with a 25 year contribution as Chairman to the Footscray HC paved the way to his Life Membership presented in 1982. Neil’s administration passion has also seen him Chair of the Victorian Masters Committee for 25 years, a Victorian Masters selector for 18 years and he is still be involved as an advisor.
Neil has also had a tremendous playing and team manager career, winning multiple Masters National Championships (1990, 1995, 2004, and 2017). Whilst Neil has contributed heavily to the Victorian Master’s Program, he also was a key contributor in the McIver Reserve Sports Centre Development in 1993.
Please join us in congratulating Neil Coster on receiving a Life Membership to Hockey Victoria.