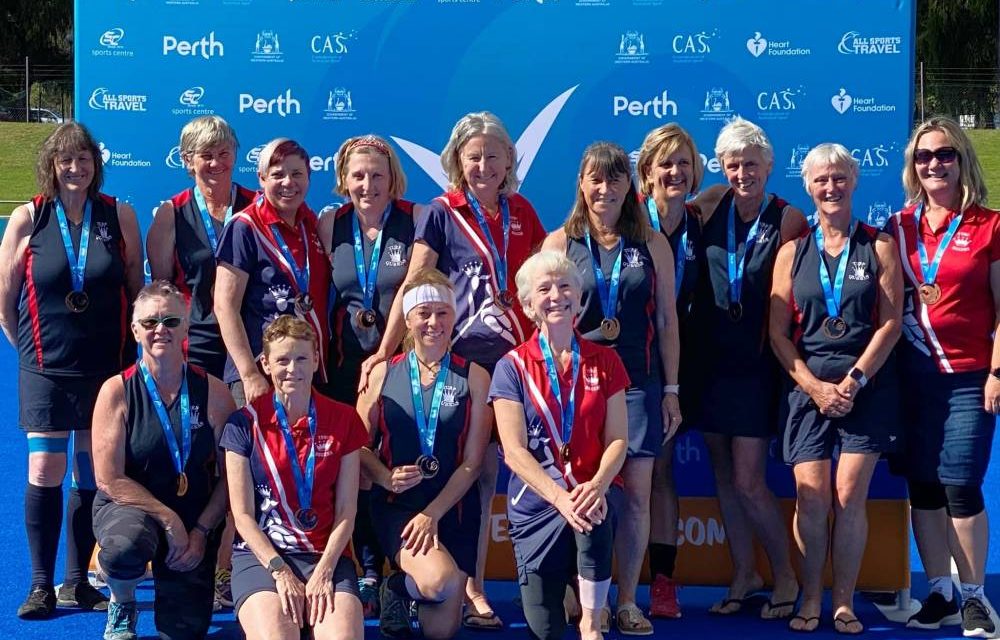 The Turf Queens, consisting of a number of FHC players every year, headed to the Australian Masters Games in Perth. This year marking the 10th year anniversary of Turf Queen involvement in the tournament. Usually 3 teams venture away in the 30s, 40s, 55s divisions, however this year only a team of 55s attended as the event had been rescheduled due to COVID.
After a couple of wins and a couple of losses the Turf Queens made it to the bronze medal match and what an exciting match it was. Turf Queens scored first, then their opposition called the ‘Chicks’ scored twice. In the dying seconds of the game the Queens equalised taking the game to a penalty shootout. Eventual winners 3 – 0 to take out Bronze (or Rose Gold as they like to call it).
Well done Turf Queens!