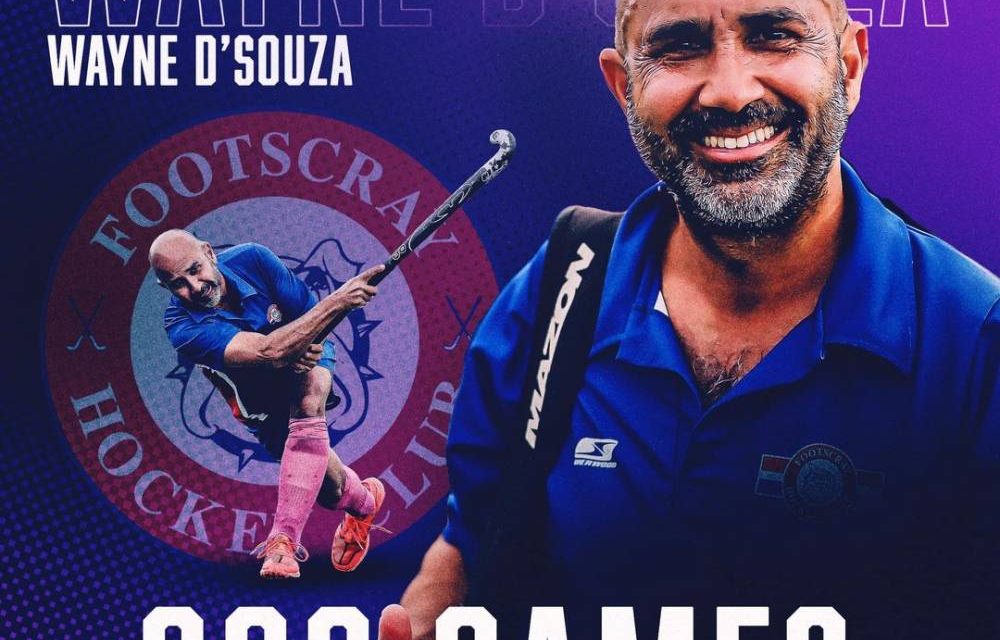 The big milestone games just keep coming!
Congratulations Wayne D’Souza on your 600th game.
Wayne will be playing on Saturday vs Latrobe Uni @ FHC-BSF if you can get down and give some support
Besides being a great bloke, here are some of Wayne’s achievements and we are sure there are many more:
– Debut in the late 80’s after coming from Sunshine
– Only played seniors & masters
– 115 Masters games
– 474 Senior games
– 1998 State League 2 Premiership Captain
– Victorian Masters 40’s (2009, 2010, 2012)
– Coached various junior teams
– Metro 1 team manager (several seasons)
– 4 x Metro A Premiership player/coach
– First XI captain
– Playing captain coach of the second XI