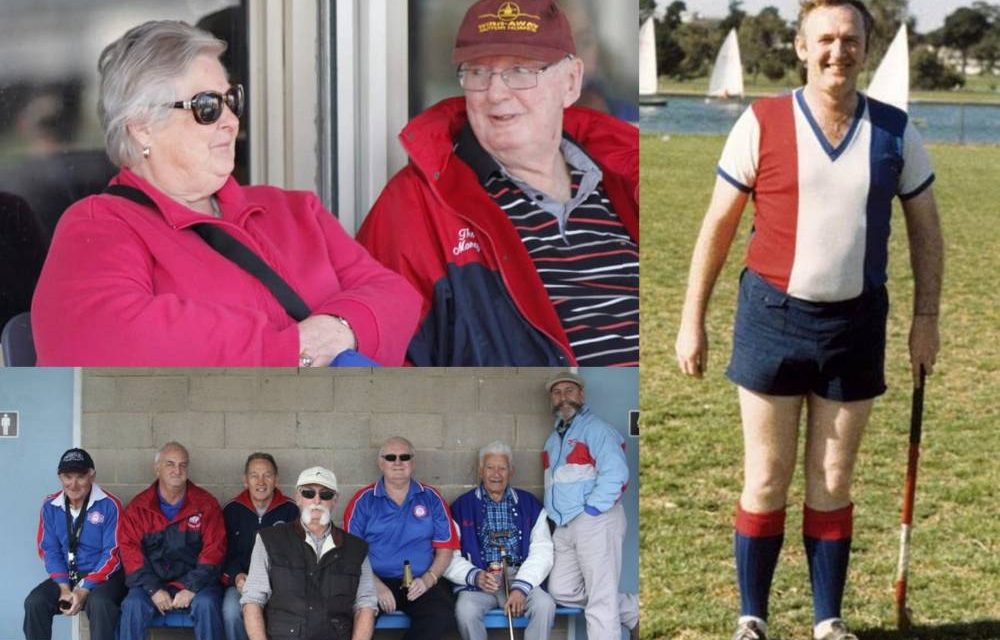 Footscray Hockey Club has lost a true legend, this week, with life member and club stalwart Leon Gale passing away on Tuesday 26th July.
Leon was Club President from 1982-84 and served an amazing 32 years as Club Treasurer from the 1970s until 2010. He was made a Life Member in 1979 and played over 600 games.
Leon was very passionate about his hockey and was a key member of the Dad’s Army team for decades. Noted for his advice to umpires and large hook stick, his grass game was to be admired for his determination and enjoyment of the game.
He loved to talk on and off the field, although was not too keen on running during a game. He was always entertaining for teammates and spectators alike. Once on synthetic turf he seemed to slow down further, but occasionally ran up the wing in his favourite pair of faded red shorts.
Leon was always fond of a Crownie or two post-game with best mate Neil Coster and others. As Treasurer, he made sure the price of them was the same as other (lesser) beers!
Leon was a dedicated Treasurer and made sure that the Club was always acting conservatively with its limited resources. Leon was ably assisted by his dedicated wife Lynn in the collection of club fees. He, along with successive Boards, managed to build the finances up to allow FHC to become one of the largest Clubs in the Hockey Victoria competition, offering fantastic facilities and programs to our members.
Leon enjoyed being around the hockey club and the club really benefited from his time and energy over many decades.
He will be very much missed, and we pass on our sincere condolences to his wife Lynn, his children Andrew and Mathew and their extended families for their loss.
A more detailed tribute with be compiled from your stories and photos over the next few weeks. Please send photos and stories to RJ at sponsorship@footscrayhockey.com.au
One final ‘cheers’ to Leon.
Funeral details –
When: Monday 8th August 2022 10:30am
Where: Nelson Bros – Williamstown.
Private burial.
All details on Nelson Bros website. 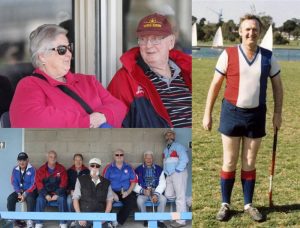