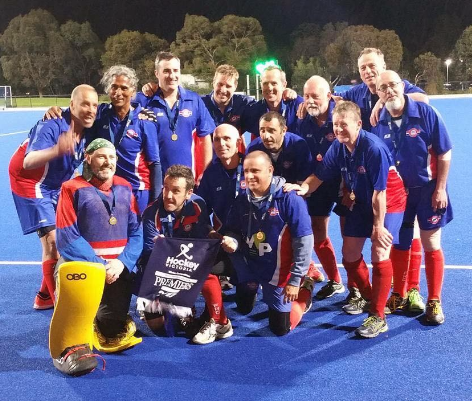 Members would be aware that our Club has just completed it’s 83rd playing season, a period of time in which our men’s division have played the full 83 seasons, our junior section 80 seasons, our
women’s division 72 seasons, and our Masters 19 seasons. Through the first decade or two of our existence our total team numbers were low (especially through the war years), but of course over
the last decade and a half we have become a behemoth of hockey membership by Australian standards.

Over the 83 years FHC have contested 291 grand finals, and the success rates for our various divisions are:

Pictured Men’s O45 Masters C team who defeated Camberwell in the grand final. A little piece of history to those men.