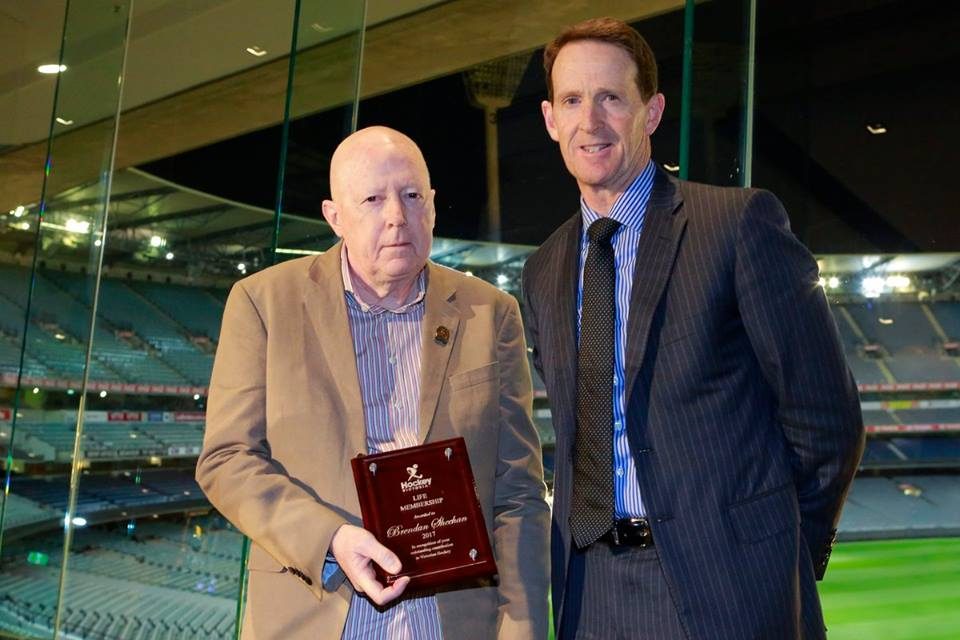 Members may be aware that at the recent Hockey Victoria Annual Awards and Dinner, FHC Life Member Brendan Sheehan was announced as Hockey Victoria’s newest Life Member. Brendan is
only the third FHC member to ever achieve Life Membership with Hockey Victoria (HV), the others being Kathleen Bell, who we think received this honour back in the late 1930’s or 1940’s, and
Christine Henderson (2016).

Little is known about Kathleen Bell’s work for HV, other than that she played for the Victorian senior women’s team in 1939. Christine Henderson performed a lot of honorary work for HV, particularly under-taking tournament director and tech bench services at various carnivals and events. Brendan performed honorary work on various HV sub-committees (Grading, West District, Metropolitan Council) over a 25 year period mainly prior to the turn of century, and he was a strong activist for non-PL clubs for a long period of time. Refer to the attached summary of Brendan’s contribution to Victorian hockey.

The two-tiered structure of HV’s ‘Recognition and Awards Structure is: