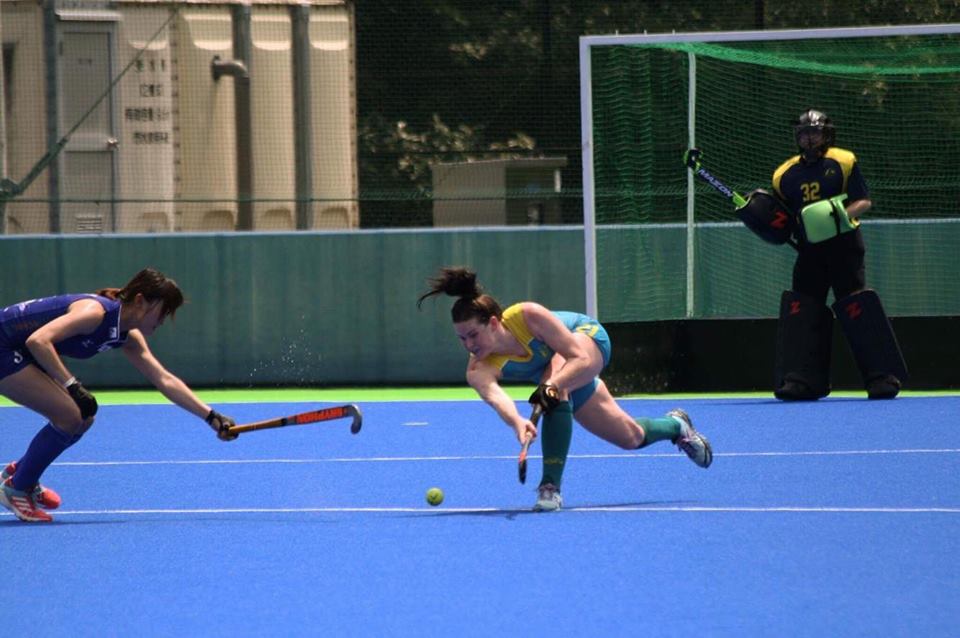 FHC’s Lily Brazel has gained selection in the Hockeyroos (Australian National Women’s Team) for the International Festival of Hockey from 6-12 November held in Bendigo and Melbourne, followed by a 3 Test Series vs Japan in Adelaide. This will be the first ‘cap’ for Australia for FHC’s Premier League Co Captain and she will wear #16 for the green & gold. What a tremendous and outstanding achievement!

Lily performed strongly in Japan with the Australian Development Squad and then a…t the recent Australian Hockey League. She has been a member of Footscray Hockey Club since 2016, when she moved to Melbourne from Sydney and joined the Women’s Premier League team under coach Lachie Anderson.

Australian coach Gaudoin stated: “Lily has impressed during the camp at the start of the year. She had a very strong Development Tour of Japan and backed up with her performances with the winning Victorian team at the AHL in Perth.”

FHC has had one Australian on field representative, Ben Acton in 1950 – 1954. Lily becomes the 2nd Australian player for our proud club, and hopefully many more to follow in her footsteps.

The International Festival of Hockey IFoH (Australia, Japan, Netherlands, New Zaland, Pakistan & USA) is from 5th – 11th November in Bendigo and SNHC. Come and support FHC”s Lily Brazel and the Women’s Hockeyroos and the Men’s Kookaburras!

Go to TICKETMASTER for tickets…..and don’t forget to put in FOOTSCRAY as the code!!!!!! Footscray members are in the top 5 clubs for purchasing tickets so far. Our club code is FOOTSCRAY and you’ll help FHC fundraise as the club will receive a 15% rebate.

Well done Lily, we are all so very proud of you! So get out to watch her!