HOMEGROWN IN THE GRAND FINALS 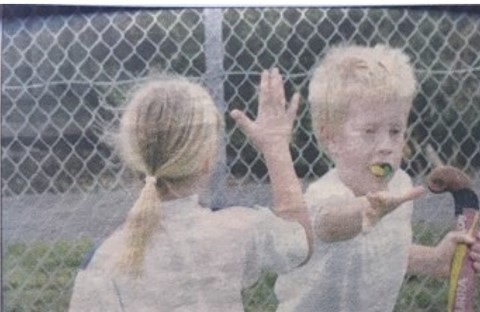 Did you know that just 10 seasons ago, FHC’s Mens and Women’s ‘first elevens’ were competing in third division (SL3)! But building on the benefits of the previous decades great junior development, between 2010 and 2019 FHC’s Men and Women have climbed from third division to be contesting grand finals in Premier League!

We are very proud of the fact that 13 of the 15 women who contested last week’s final are home-grown ex Footscray juniors! Add to that the next two that would come in if they were available (Gwen, injured, and Bethany, overseas) were also Footscray Junior Section produced. The other two in last weeks team were Jordy (transferred from Camberwell, and Esther (came over from Sth Australia as a young adult). The Men have 8 FHC juniors in their squad, with many others joining FHC when moving to Melbourne for study or work.

Photo: FHC’s Georgia Hopkins giving Liam Braithwaite a high five after he scored a goal in U9’s. They were both around 6 years of age at the time. Both will be playing in the grand finals tomorrow. 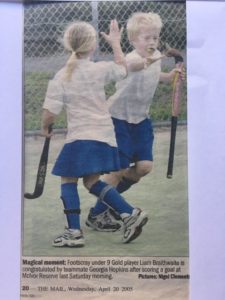