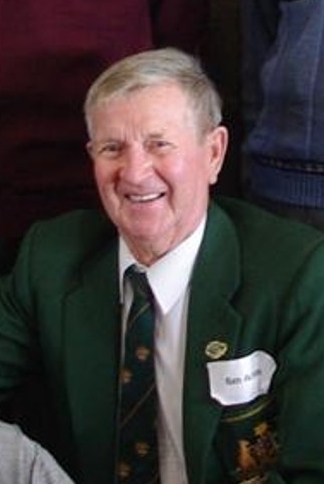 It’s a long time back to when FHC had a male achieve full selection in the National men’s team. That man was Ben Acton, with Ben achieving Aussie selection in 1950 and 1954. Ben recently turned 91 years of age, and is going strong up on the Gold Coast where he has lived for several decades now.

Brendan spoke to Ben recently and was very glad to hear of Ben beating bowel cancer in the last eighteen months, but the price being paid is that Ben can no longer conquer the golf course. Ben was excited to hear that FHC is up amongst the top clubs in Victoria again, and he sends his best wishes to all involved with the red, white and blue.